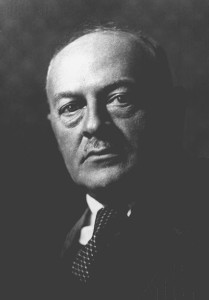 “It is one thing to sift the data of inner observation conceptually and to set them up as compounds, then to decompose these into ultimate ‘simple’ elements and to study through artificial variation by observation and experiment, the conditions and results of such combinations. It is quite another to describe and understand the units of experience and meaning which are contained in the totality of man’s life itself and have not merely been created by an artificial process of ‘division’ and ‘synthesis.’ The first method, influenced by the natural sciences, is that of a synthetic-constructive psychology which wants to explain. The second method characterizes an analytic and descriptive psychology which wants to understand.”

One of the most stubborn artifacts of the empirical  attitude to bring to my students’ attention is their confusion of explanation with understanding. The problem is probably compounded by Americans’ pragmatic focus on “getting things done” and “making things happen”! As if, by generating a causal account that claims to explain why something occurred, we therefore understand what it means for the people who lived it.

Husserl referred to the process of becoming a phenomenologist as a “‘conversion'” (in Fink, 1988, p. 191). Significantly, Husserl placed the word conversion in quotes! Phenomenology isn’t a religion, but it is a kind of awakening to a new way of seeing and living, and that’s perhaps true of any serious engagement with philosophy. This takes time, attention, and commitment: a primary challenge for students and  researchers is to pause from our rushing around long enough to attend to what’s in front of us, in the lives of others. But then as psychologists, when we arrive at phenomenological or hermeneutic findings, we must turn back to the world of action and ask–what are the practical implications of this discovery?

In Aalborg this summer I argued that phenomenological psychology has a phronetic mission that is different from, though reliant upon, phenomenological philosophy’s devotion to Φιλοσοφία (philo-sophia), the love of wisdom for its own sake. In contrast, Φρόνησις (phronesis) is a knowledge embedded in worldly praxis; for this reason I think it is always messier and more provisional than philosophical knowledge.

I’m in the middle of conducting a psychological study of executives’ experiences of facing an unexpected leadership challenge–and their descriptions show such experiences to be full of ethical dilemmas, the uncertainties and ambivalences of living in the work world with responsibilities for both others’ well-being and a business’s bottom line. In the middle of my data analysis, as constituents of the psychological structure of the experience begin to present themselves, I’m struck by how beautiful is the experience Husserl calls “eidetic seeing”–the Wesenschau. As Merleau-Ponty (1964) writes,

“Wesenshau is based on the imaginary ‘free variation’ of certain facts. In order to grasp an essence, we consider a concrete experience, and then we make it change in our thought, trying to imagine it as effectively modified in all respects. That which remains invariable through these changes is the essence of the phenomenon in question” (p. 70).

The experience is beautiful because it’s a discovery process–not a case of verifying my preconceptions, but an experience of seeing something new, within the context of the lives of my research participants, but with meanings that extend beyond those lives. The concrete experiences we study are always given within describable intersubjective contexts, and this context matters a great deal. The implications of the situatedness of lived-experiences can be reflected upon hermeneutically or phenomenologically without conflict–in fact arguably, the perspectives are complementary.

I’d argue that for us psychologists, the embeddedness of both our data and our findings in the lived-world is a reflection of our mission, to grasp and then work with the living of experiences: our work doesn’t find its fulfillment solely in formal cognitive achievements. For this reason, Merleau-Ponty’s (1964) claim about the worldly contingency of not just facts but essences themselves is critically important. He writes:

“It follows on principle from Husserl’s point of departure and what he proposed to do–namely, to show that this knowledge of essences is altogether experiential, that it does not involve any kind of supersensible faculty, and that in the last analysis the essence is just as contingent as the fact” (p. 72).

The embeddedness of our “essential” research findings in lived-contexts that can be described means we are never seeking universality, our work is always situated. At the same time this is the virtue of our work: we’re always speaking within and to intersubjective communities, and seeking to bring generalizable knowledge that has meaning for the living of the experiences we study. As qualitative psychologists this is our way of doing science–which, as Husserl wrote in the second volume of Ideas (1989), “is to be realized only by way of relative and temporary validities and in an infinite historical process” (p. 406).