The Internet: Closing or Opening Horizons? 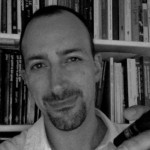 Merleau-Ponty (1968) wrote that questioning does not “fill in the blanks” in our knowledge. Instead, “the questions are within our life, within our history. They are born there, they die there, if they have found a response, more often than not they are transformed there” (p. 105).

For phenomenologists, questions of any depth are never merely factual. Genuine questioning does not neatly fill pre-conceived gaps in our understanding. Questioning is dynamic and transforms our way of encountering the world while changing us as inquirers.

Merleau-Ponty reminds us that the fulfillments of our questioning are neither disembodied nor abstract, but are fully situated within our lives. Seeking understanding is an effort to “translate into disposable significations a meaning first held captive in the thing and in the world itself” (1968, p. 36).

If this is true for philosophy, how much more true must it be for psychology, which is intimately concerned with the dynamic life of consciousness? Psychology, envisioned phenomenologically, likewise aims at freeing up meaning for us—meanings that have been so far only mutely lived. 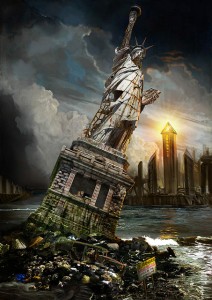 This brings me to the Internet—a medium that seems to be either excessively worshipped as heralding mankind’s golden future–especially in the Land of Google and Apple, where I live–or decried as signaling the apocalyptic end of humanity, rendering us incapable of paying attention to complex ideas.

In seeking to enrich phenomenological reflection and research online, are we opening up another horizon for shared discovery, or are we instead complicit in the impoverishment of experience itself? In the age of Tweets, how could phenomenology possibly be expressed in 142 characters?

For the next generation of students, already immersed in a flow of texts, tweets, and “Like!” buttons (emails are passé for these folks), there is nothing strange about finding phenomenology online—if it is in the world, they would assume they can find it here too. Some colleagues have responded with enthusiasm and camaraderie to our aspiration to offer this blog as a platform to explore the complex tradition we cherish.

Others have responded to the idea of a blog with deep skepticism. And their response is understandable: there is nothing “quick and easy” about phenomenology, and Internet “culture” seems enslaved to the gods of Speed and Easy Access.

Perhaps, as Nicholas Carr wrote in his essay Is Google Making Us Stupid? the Internet is destroying our ability to pay sustained attention to ideas. If an idea can stand on its own feet, shouldn’t it appear in the pages of a respectable journal, or join the bound volumes in quiet research libraries, where the work of Husserl, Merleau-Ponty, and our other icons “live”?

But this is exactly the question—what is the phenomenological life, and can online media support that? Books, articles, lectures, conference presentations—these artifacts and performances find their ultimate value not locked within themselves as finite achievements, but insofar as they have a living, intersubjective impact. Which is to say: in the moments when our work touches upon the lived-experiences of others, awakening or illuminating their own questioning.

There is something comical about the fantasy that we could ever be too successful, quantitatively. The philosophical work of Husserl and Merleau-Ponty, or the psychological work of Gurwitsch or Giorgi, are so demanding and specialized that they are incapable of being “popularized” like a K-pop video or twitter meme. Phenomenology at its depth is a vocation, a calling, not a franchise.

So is “online” an unavoidable synonym for “superficial”? 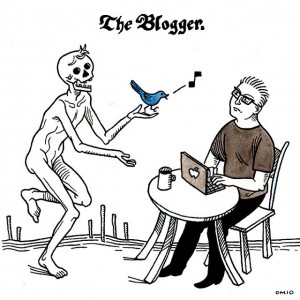 Perhaps the advent of email largely destroyed our ability to write letters–or even our cultural memory of “writing a letter.” But then, didn’t the invention of the telephone alter peoples’ experiences of what it means to converse with one another?

It seems to me that the Internet is no more intrinsically superficial than is the printed page. It is what we do with it that counts. And while we may bemoan the flattening of our national conversations, the impoverishment of civic discourse, the parochialism of psychological or philosophical schools—it seems to me that the fundamental question is: are we engaging with others and broadening the conversation?

We are in a time of massive global transitions and uncertainties. Rainer Maria Rilke’s words, written in a 1923 letter, resonate today:

“To preserve tradition—I mean not the superficially-conventional but what is of real descent (even if not around us, where circumstances tie it off more and more, then in us)—and to continue it cleverly or blindly, according to one’s disposition, may for us (who will now once and for all remain those sacrificed to transitions) be the most crucial task“ (p. 326).