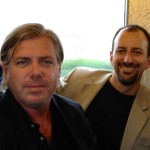 Englander’s presentation was his reflection as a qualitative psychological researcher on philosophical proposals to phenomenologically “frontload” empirical experiments. He addressed philosophers Shaun Gallagher and Dan Zahavi’s philosophical engagements with empirical science, considering the ways in which qualitative science has been left out of the conversation. He explored Amedeo Giorgi’s writings about the limitations of experimental psychology, and explored the implications of the idea of “naturalizing phenomenology.” 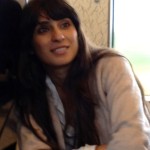 Ferrarello’s talk addressed Edmund Husserl’s understanding of validity in the sciences, drawing on Husserl’s Ideas volumes I-III. She addressed the meaning of the eidos in the context of the sciences,”regional ontologies” in Husserl’s thought, and the overall relationship of the empirical sciences to eidetic science, addressing the comparison of “experiencing intuition” and “eidetic intuition” in Husserlian phenomenology.