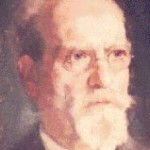 According to philosophers such as Mohanty (1989) description and interpretation coexist within Husserl’s work and are envisioned as complementary rather than mutually exclusive approaches to inquiry. This essay argues that exploring the implications of this philosophical complementarity for psychological research would require distinguishing between the multiple meanings of “interpretation” and between differing modes of interpretation within qualitative data. Husserl’s model of passive and active intentionality and 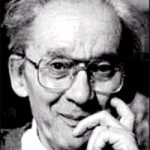 Ricoeur’s theory of narrativity are examined in order to explore their relevance for research. It is argued that interview data can demonstrate both actively and passively intended dimensions, and the psychological meaningfulness of this complexity points to the relevance of not only of Husserl’s static analysis but his genetic analysis as well. Likewise, it is argued that Ricoeur’s work on narrativity and narrative identity is invaluable in grasping ways in which narrative data is intrinsically self-interpretive, expresses self-identity, and is both situated within and responsive to the larger social horizon within which the interview is given.

Readers’ responses to the article are welcome!