“Do I really need to read all this philosophy?”

The students who put this question to me are usually taking their first course in phenomenological or hermeneutic (narrative) psychological research. And in a way, I feel for them, because many of them didn’t expect to be facing something called “epistemology,” and bumping into any number of arcane Greek terms that seem to bear no relationship to the psychological phenomena they are interested in studying, like trauma and resilience, creativity, or leadership.

The problem, as I see it, is that many of us assume that “trauma,” “creativity,” or “narrative” are real things in the same way as the Lincoln Memorial is a real thing. In other words: “Just point to it, it’s obvious, it’s right there!” Or even worse: “I know it when I see it!” 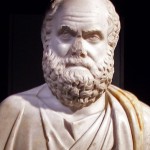 All too often when students encounter words like “resilience” in the media, and even in many psychology textbooks, these words—which are theoretical constructs—are used to mistakenly convey the sense that the constructs are real, self-evident “things” that are already present in the world—rather than the provisional creations of science. In other words, these constructs are reified in everyday language, and in too much “psychological” language as well—exemplifying what philosophers have identified—sorry—as “the fallacy of misplaced concreteness”!

In other words, a beginning student would assume that psychologists are all in agreement about what “resilience” means. But on the contrary, my students are usually surprised to discover, as soon as they begin to review the literature, that there is not a strong consensus regarding psychological constructs such as “resilience.” Instead, these terms are usually highly contested—if we’re lucky, because that means the arguments and different points of view are well-articulated—or more often, such terms are used in highly divergent ways (without those differences being carefully reckoned with).

Back to “the fallacy of misplaced concreteness.” The fact that we have to go back to philosophy to properly name the problem is exactly my point. It’s philosophy, after all, that teaches us how to think critically. More than that, the fundamental questions of how we as researchers know what we know are philosophical, not psychological: these philosophical questions are propaedeutic (preparatory, foundational) for psychological inquiry.

In other words any vision of psychology that is not a purely instrumental one requires that we wrestle with epistemological issues—so that, to do genuine research, meaning to engage in authentic scientific inquiry rather than adopting a cookbook approach—means grasping the epistemological assumptions underlying the method we have chosen to use. These observations are not original on my part, nor are they uniquely phenomenological—though the phenomenological tradition has its own unique ways of encountering and articulating them. 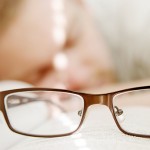 But back to our initial problem—why we need to engage with philosophy via epistemology, and why we tend to fall for the fallacy of misplaced concreteness? I’ll claim that this is due largely to the overwhelming success of the positivist vision of psychology, because this vision lends itself to the fallacious reading.  How so? In 1923 Edwin G. Boring, one of the most important historians of American empirical psychology, wrote about intelligence tests in the New Republic. Regarding the meaning of the construct “intelligence,” he famously said this:

To be generous, we can imagine that Boring is reminding us in a modest way that experimental psychology is not measuring the everyday lived-meanings of intelligence (what he refers to as the “ordinary connotations”), but instead we are simply measuring against our measure. On the other hand, one can imagine centuries of philosophers rising in protest from their graves at Boring’s exercise in circular reasoning, a striking example of psychology as a Procrustean bed: whatever the lived-meanings of intelligence may be, for psychology as an empirical science, intelligence can only be defined within the limits of those constructs that lend themselves to measurement.

For those of us who teach and study at Saybrook, as inheritors of the existential-humanistic tradition underlying the founding of our institution, one might say we have a unique responsibility to think through our epistemologies, since ours is a minority approach within psychological science. And this requires us to think through our implicit philosophical assumptions, and to encounter philosophy as a means of reflecting critically about the meaning and purpose of our work.

4 Comments to ““Do I really need to read all this philosophy?””