Englander: Empathy Training and the Primacy of the Other 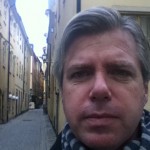 Earlier this year I was invited to Volvo’s headquarters in Sweden to pilot my phenomenologically-based empathy training–afterwards, organizational consultants began to take an interest in what I was doing. Ahrenfelt, a well-known corporate consulting firm, invited me to give a talk at their yearly meeting in Stockholm.

In preparing for such a talk outside of academia, I faced two obstacles: How do I make phenomenology understandable, and at the same time not overly simplified? And how can I present the accomplishments of phenomenology so they make sense in the everyday world?

Both of these are challenges for Organizational Phenomenology. In dealing with the first obstacle, I decided that in order to best reach my audience, my discussion of the intricacies of the century-old philosophical debates about empathy should be kept to a minimum. Apart from going over the basics of my Empathy Training from a Phenomenological Perspective (Englander, submitted), I dealt with the second obstacle by focusing on the evaluations completed by participants in my empathy trainings over the last decade.

My empathy training has been evaluated through three comprehensive assessments in addition to 10 years of student evaluations. The first evaluation was completed a year after a specially designed university course at Malmö University for human services workers in the city of Malmö, in which my empathy training played a major role. The second was a qualitative evaluation (Englander & Folkesson, work in progress), using Giorgi’s (2009) descriptive phenomenological psychological method, in which participants were asked to describe a situation in which they had applied what they had learned during the empathy training, thus capturing the phenomenon of the lived applied meaning of the training. The third evaluation was done by Volvo, right after the pilot was completed. And of course, there a decade of evaluations from students who I had trained.

In the following discussion, I will reflect upon one particular aspect that is present in all evaluations, which at first surprised me enormously, but later made a lot of sense to me in terms of the phenomenological account of empathy: a feature of the evaluations I will refer to as “the primacy of the other.”

I will start with the first major evaluation conducted after a three-year, specially designed university course for human service workers in the city of Malmö. The city of Malmö asked Malmö University if they could design a course in communications for nurses, occupational therapists, and physical therapist working for the city. This task landed partly on my desk.

After three years of running this course for the city between 2006 and 2009, a year went by before a colleague (Annika Ohlson) and I developed a format for evaluating the entire period of trainings. Although we had done continuous “ordinary” student evaluations, we also wanted to know about the persistent meaning of the course for participants. 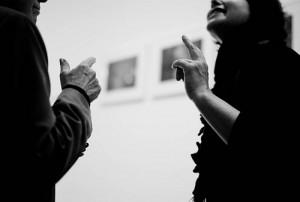 We managed to gather most of the people who had participated in the program between 2006 and 2009 in a large lecture hall and I began by asking them what had come out of the phenomenologically-based empathy training. The most common answer was that they had become more effective at work. I was stunned for a moment, because such an “economical” type of answer was way beyond my more humble “humanistic” expectations.

However, nowadays, such a response does not surprise me, because I am more aware of the learning processes that take place during the training situations. Perhaps not surprisingly, last Spring I spontaneously received the same “economical” response when I delivered empathy training in a corporate context. After having conducted a pilot of my training for some executives at Volvo, one of the evaluative responses to the training read, “I believe it will make us more productive as an organization.”  What is it then that takes place during the empathy training that leaves behind a feeling of being more effective and productive at work?

The overall learning that occurs during phenomenologically-based empathy training (following Zahavi’s 2010 integrative account, based on Husserl, Stein, and Scheler) is that if you intend to understand somebody, your primary focus should be on them, and not on yourself.

Now, this might seem obvious, but today’s mainstream psychology is far from this straightforward grasp of empathy. There are two specific problems with the theoretical conceptualization of empathy today, and both problems can be traced back to the early days of psychology. Theodor Lipps’ original philosophical writings on Einfuhlung, meaning “feeling into,” which characterized empathy in a way that represents it as a kind of projection, heavily influenced Sigmund Freud (Coplan & Goldie, 2011, XII). And most of us are aware that in psychology what followed was Edward Titchener’s introduction of the English term Empathy, based upon the meaning set forth by Lipps.

Hence, in psychology, empathy has been synonymous with projection, imitation or “feeling into.” With projection, the primary focus is on our own self, and through Freud’s framing of the process of empathizing psychodynamically, it also becomes (to a significant degree) unconscious. The view of empathy in terms of unconscious, self-oriented processes still persist today in the cognitive neurosciences and the mainstream view of empathy held by the so-called simulation theorists, especially the implicit simulation theorists (for an overview of the simulation theorists, see for example, Gallagher & Zahavi, 2008).

Interpreting empathy as an implicit simulation is just another way of understanding it as a kind of unconscious projection but with a more modern, “computer-based” connotation conveyed by the expression. Also, the implicit simulation theorists’ base their interpretation of empathy on the discovery of the mirror neurons. However, as phenomenologists Gallagher and Zahavi (2008) have noted, the interpretation of the mirror neurons could just as well be accounted for by intentional acts of perception.

Also, within this attitude we are also utilizing our imaginative variations in order to capture the essential meaning-expression of the other, which is not the same as an explicit simulation. More specifically, a phenomenologist’s use of imaginative variations is not primarily a method in which I imagine what the other person’s experience would be like for me (although this could be the case in certain circumstances), but instead one’s imagination is utilized as to discover essential meanings for the other, based upon the other’s expressions. 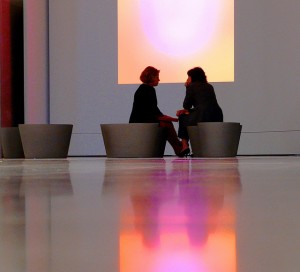 In other words, we need to redirect the psychology of empathy to have a primary focus on the other. Obviously this does not imply that phenomenologists deny that self-experience is a part of understanding the other or that they completely rule out the possibility of empathy occurring in moments when “taking the perspective of the other.” As Zahavi (2010) noted, “…there is a decisive difference between arguing that the former is a necessary condition (and that there would be no other-experience in its absence) and claiming that self-experience somehow serves as a model for other-experience, as if interpersonal understanding is basically a question of projecting oneself into the other” (p. 295).

In other words, there is a distinctive difference between what is meant by projection or simulation and the ability to be present to meanings in another’s expression when you see it. I would say that recognizing the primacy of the other is one of the key phenomenological insights regarding the study of empathy and provides an essential shift in perspective for the psychology of empathy and interpersonal understanding. The term “simulation” does not capture this primary focus on the other. As Gallagher and Zahavi (2008) have stated “If I project the results of my own simulation on to the other, I understand only myself in that other situation, but I don’t necessarily understand the other”   (p. , 177).

Let us return to the original question concerning the experience of being effective and productive at work and having a primary focus on the other.  First, if you have a primary focus on the other and have a clear sense of what this means experientially (as learned, for example, during the empathy training), you will have a clear sense of what the other person’s experience is, as opposed to what your own experience is. This would perhaps make working with other human beings less confusing and stressful, because it would be based on a more authentic, realistic, and therefore practical understanding of others.

Secondly, in exploring different interventions or solutions with another person, you would know that you started your intervention or solution from that person’s experience of a situation and not solely from your own understanding of what this situation would be like for you. Such a work stance can without a doubt be experienced as if you are now being more effective at work, because you do not have to try out a variety of solutions or interventions based upon your own experience of a hypothetical situation (i.e., simulation) until you finally manage to find the one that is congruent with the experiential world of your client (or patient).

In addition, despite the fact that people experience themselves more effective at work, we can also see an essential implication for the empathy training in clinical supervision. If we train students to see the other as other more clearly, we would take preventive measures in terms of potential ethical problems that might occur in practice. So instead of trying to “take the perspective of the other”, students will be trained in a descriptive phenomenological way to direct their presence toward the other’s meaningful expression.

Now, I want to be careful here because I might be misunderstood to be advocating “adopting the perspective of the other” in a literal way, which would be naive. I absolutely do not mean that we experience the other person in way they experience themselves, as if we are “in his or her head.” Phenomenology does not make that claim. Also, humanistic psychologists often use the expression “taking the perspective of the other” as meaning that they have a primary interest in the other. I claim that our primary interest should be in the meaning of an experience for the other person, and that as a guiding interest this is decisively different–and in fact phenomenally, meaning perceptibly different–from trying to imagine what the meaning of the other’s experience would be for me.

I would say that the evaluations of a phenomenologically-based approach to empathy training show that a descriptive phenomenological account of empathy points to “the primacy of the other,” and adopting such a working stance can be experienced as yielding greater effectiveness and productivity at work. My fundamental point, which mainstream psychology has yet to absorb, is that to be true to the lived-meaning of empathizing, the psychological study of empathy must focus not merely on our self-experience, but on how we are present to others.