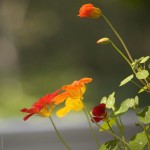 Since Husserl, phenomenological philosophers have dialogued with the empirical sciences in an attempt to contribute to a more complete human science—a science that speaks to the fullness of being human.  The job of our philosophers, in this context, is to invite an opening up of an epistemological conversation that renews the sciences’ exploration of human phenomena.

Our job as phenomenological psychologists is related but different—to open up a way, through a renewed theory of knowledge, to alternate human-scientific praxes within psychology. Our work as psychologists, while rooted in phenomenological philosophy, finds its fulfillment not within philosophical scholarship but rather in the living encounter with research participants that yields psychological knowledge. We are the philosophers’ cousins, so to speak, expressing a shared tradition, but in a different domain.We have much room for collaboration because so much of our home-ground is shared. Discussion and collaboration, I think, can only strengthen our distinct endeavors.

“Phenomenology would add our inner experience of a language to our linguistic knowledge of it as pedagogy adds to our knowledge of mathematical concepts the experience of what they become in the minds of those who learn them. Our experience of speech would then have nothing to teach us about the being of language; it would have no ontological bearing.” (p. 86)

Such a view would limit phenomenology to adding color and warmth, so to speak, to empiricism’s overly technical, monochromatic depiction of language.

But nothing fundamental in the empirical conception of language would be challenged. As Merleau-Ponty points out, “This is impossible. As soon as we distinguish, alongside of the objective science of language, a phenomenology of speech, we set in motion a dialectic through which the two disciplines open communications” (p. 86). 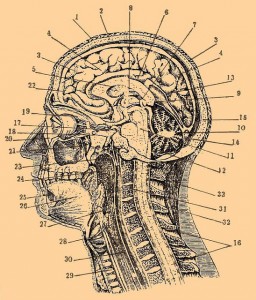 To dialogue with empiricists, they would need to join us in freshly questioning the already-established object of their inquiries. In the case of linguistics, they would need to accompany us in approaching language and speech with renewed wonder, rather than with pre-established assumptions about the being of language. To dialogue in the way Merleau-Ponty indicates we would need to return, together, to the prescientific data of experience. In the words of Gaston Berger (1972), we would need to “return to naively experiencing the world, whose structure we will have, not to deduce, but to reveal” (p. 99).

This is a tremendous challenge because it opens up a void precisely at the foot of empiricism’s own natural attitude. Openly questioning in this way is no mere theoretical challenge; as Berger (1972) writes, “is an ordeal we must undergo personally: one cannot make use of another’s doubt” because “the reduction is a lived-experience” (p. 106).

In the essay on language Merleau-Ponty (1964) proceeds to beautifully describe this dialectic in which each side is transformed through its engagement with the other. Just as phenomenology does not deny the factual and historical, empiricism, to engage fully with phenomenology, must open itself to the realm of meaning implicit in language as it is lived, that is, as it is embodied. This does not mean that natural scientists must become phenomenologists—but it does mean that both partners in the dialogue would need to embrace a radical, shared questioning.

Both phenomenological philosophers and psychologists will recognize their own vocation in this radical questioning—one which of course is not narrowly phenomenological: the aim of philosophia cannot be to merely reaffirm our own preconceptions or validate our theories, but instead to make ourselves disposable to shared discovery.  As Merleau-Ponty wrote, “to the extent that what I say has meaning, I am a different ‘other’ for myself when I am speaking; and to the extent that I understand, I no longer know who is speaking and who is listening” (p. 97).