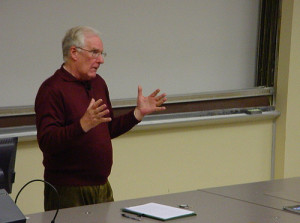 This morning I’m rereading bits of Alain Badiou’s beautiful book Ethics (L’éthique: Essai sur la conscience du mal). I’m struck again by how revelatory this text is on such a range of issues, and how useful for a renewed psychology, at the same time.

I mentioned to a friend recently that Badiou’s discussion of becoming-a-subject is very important, and I’d say particularly so for a renewed sense of humanistic psychology–by which I mean, a psychology that places its emphasis on what human being can be–rather than say being focused upon psychopathology, or upon returning people to “normal psychological functioning”.

Reading Badiou’s account of subjectivity, one has the sense that (1) that genuine subjectivity is not the property of individual people, (2) that becoming a subject is not “normal,” but represents a genuine achievement, and (3) that being a subject is a continuous process of conscious renewal that demands fidelity to the truth of what’s been lived (the “event” in Badiou’s terms) and is being lived.

Now I don’t argue all of these ideas–or at least my partial and limited representations of them–are utterly unique in Badiou; but I love his articulations.

Badiou argues that people are capable of becoming subjects, rather than automatically being so.

He writes: “It is clear that under the effect of a loving encounter, if I want to be really faithful to it, I must completely rework my ordinary way of ‘living’ my situation” (p. 42). The encounter might be with a homeless person in the street, with a crowd of demonstrators in the public square, with someone who helped me when I was lost, or with a lover–it is not merely a personal (individualistic) situation.

He explains: “I shall call ‘truth’ (a truth) the real process of fidelity to an event: that which this fidelity produces in the situation” (p. 42). So a truth occurs through one’s chosen, lived-fidelity to what’s been revealed to oneself, and is automatically intersubjective, because its lived in the world, not merely grasped “internally”–for Badiou, truth is embodied in practical action in relation to others.

Furthermore, for Badiou “a truth-process is heterogenous to the instituted knowledges of the situation. Or–to use an expression of Lacan’s–that it punches a ‘hole’ [trouée] in these knowledges” (p. 43). So the revelation of a truth is a kind of break or rupture–one is jolted out of what one knew or lived, into a new place, a new series of possible lived-relationships. Hence, how one responds to this opening is what counts, because often (if not even “normally”) these openings are foreclosed upon.

So Badiou writes, “I call ‘subject’ the bearer [le support] of a fidelity, the one who bears a process of truth. The subject, therefore, in no way pre-exists the process. He is absolutely nonexistent in the situation before the event. We might even say that the process of truth induces a subject” (p. 43). He insists that when he’s speaking of “subject” he does not mean “the psychological subject.” The boundaries of a subject might, for example, be collective: the group of gathered protester in the revolutionary Tahrir demonstrations, or in this week’s demonstrations in Istanbul’s Taksim Square, could be such a “subject.” 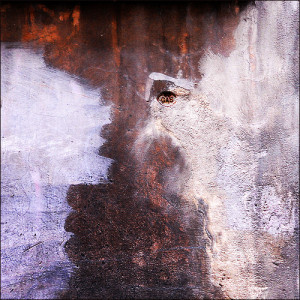 What does fidelity mean, what does it require of the person?

Badiou recalls Lacan’s maxim: “Ne pas céder sur son désir” (do not give up your desire). So a truth process implies, for Badiou, “being faithful to a fidelity. And he can manage this only by adhering to his own principle of continuity, the perseverence in being of what he is. By linking (for such, precisely, is consistency) the known by the not-known. It is now an easy matter to spell out the ethic of a truth: ‘Do all that you can to persevere in that which exceeds your perseverence. Persevere in the interruption. Seize in your being that which has seized and broken you” (p. 47).

[In passing, I will note that this is also exactly the demand present in classical, unitive meditative traditions which claim that the overcoming of habitual ego-identification can only occur through repeated fidelity to a source of being and meaning that exceeds the boundaries and capacity of the known self, and in a certain sense “breaks” that self as the arbiter of reality.]

What Badiou describes as a demand, fidelity, is “Never forget what you have encountered,” but he immediately points out that this not-forgetting is absolutely different from a merely passive “memory” (p. 52). Instead, “Not-forgetting consists of thinking and practicing the arrangement of my multiple-being according to the Immortal which it holds, and which the piercing through [transpercement] of an encounter has composed as subject” (p. 52).

One could say that the fidelity that’s required to reaffirm or re-actualize one’s subjectivity is a dynamic and ongoing extending of oneself in embodied action to the meanings of that which one has lived in the event: in other words, to the meanings one encountered that propelled one beyond oneself (narrowly defined) and into a genuine condition of subject-hood. So finding subjectivity requires ekstasis (ἔκστασις), and is only maintainable through committing oneself to ongoing acts of fidelity that would seem to exhaust and surpass one’s own capacity.