Phenomenology as dialogue: A researcher’s reflection 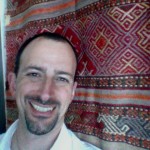 The way we creatively embody and express the traditions we inherit, whether philosophical or psychological, is inevitably shaped by our own history, background, and values.

In my case, before I began my study of phenomenology I had already worked as a teacher and counselor. I’ve been a teacher of one kind or another since I was a teenager: my students have ranged in age from pre-school children to teens to the adults to whom I teach qualitative research methods at Saybrook graduate school. I spent eight years counseling formerly homeless adults in San Francisco’s community mental health system, often in the aftermath of emergency psychiatric hospitalizations. My weekly sessions with them focused on supporting their efforts to maintain a more stable and intact life in the community. I have worked for more than a decade as an organizational coach and consultant in the San Francisco Bay Area, helping business founders and executives to lead, communicate more effectively, and create sustainable workplaces. What we call “coaching” occurs through dialogue: an ongoing clarification of their lived-values, both personal and professional, and the decisions that flow from those values in response to challenges and conflicts in the business. So teaching, counseling, coaching: all of these are intrinsically dialogical activities.

Given this background it’s not strange that I would view phenomenological psychology as dialogical, in the sense that its ultimate aim is to inform not just the way we understand others, but the way we engage in the intersubjective, lived-world, which means the social world of interrelationship and the development of shared (not solitary) understanding.

Psychotherapy and counseling are obviously relational activities founded upon dialogue. It’s less obvious that phenomenological psychological research is similarly dialogically-directed, because books and journal articles, even blog posts, can seem to be purely monological: the sound of one voice articulating its own insights by itself. 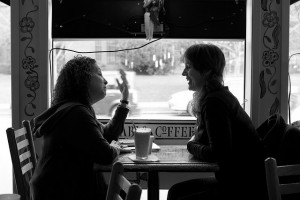 In an important sense, of course, scholarly work is always in dialogue with the wider academic community—our peers are our potential interlocutors. At least we hope for such exchanges.  As a minority and far-flung movement, phenomenological psychologists have to seek out each other, since our passions and aims are largely marginal to mainstream psychology. We also benefit tremendously from interdisciplinary dialogue, for example with philosophers, sociologists, even social economists.

But more importantly, isn’t psychological research always intrinsically aimed beyond the academy, at informing praxes in the lived-world? Or are we merely talking to ourselves? A kind of professional solipsism is obviously a risk in any academic specialization: that we are driven to a narrower and narrower niche, with the result that the life-world—which as phenomenologists, ought to be our primary concern—is practically lost in the footnotes. It seems to me this problem is intrinsic to any scholarly discipline, and parallels Husserl’s analysis in the Crisis regarding the sciences’ loss of their intuitive ground. Similarly, our own work can demonstrate what Husserl (1970) called “the tendency to superficialize itself in accord with technization” (p. 48).

In my  case, the way that I embody phenomenology is intrinsically and necessarily not limited to one form of activity. If, in addition to being a researcher, I were a psychotherapist, the therapeutic encounter would be at least as important a locus and expression of my phenomenologizing as is my teaching and publications.

Similarly, in my organizational consulting, my weekly sessions with clients are an occasion to employ the bracketing, epoché, and free imaginative variation spontaneously and dialogically in an effort to clarify with others what they are living, and how to meet it. If I were to summarize this activity, I’d say it is a descriptive search for a more essential description of an intersubjective structure that’s being implicitly lived by someone within a given organizational context, and then a hermeneutic effort, in dialogue with the other person, to apply the insight yielded through description. This sense of “application” is fruitfully contrasted with Gadamer’s use of the term; as Donatella Di Cesare has recently written, for Gadamer “application does not simply come after, but is rather the cornerstone of, understanding“ (p. 97). Acknowledging the useful distinction made within the hermeneutic literature, as phenomenologists  we can say: we seek not only knowledge, but understanding.

Regarding the multiple worlds within which I work, if I were to try to rigidly privilege the phenomenologically-informed applications that occur in my consulting practice over scholarly research, I suppose I’d need to disparage scholarly research as mere intellectualism.

But I could never be so reductive, because the activity of phenomenological research is a fascinating, dynamic experience of disclosure framed by a method—in my case, that of Giorgi (2009)—for which I’m supremely grateful. His descriptive research method is a unique and precious bridge between phenomenological philosophy and the effort to contribute to a human science of psyche.

If on the other hand I were to try to rigidly privilege my scholarly research and teaching over organizational work in the world with people, I would need to reductively frame organizational consulting as mere problem-solving, a mechanical exercise in addressing natural-attitude issues, driven by money-making, within a commercial, materialistic context.

But the reason I’ve been invited into a business in the first place is precisely to ally with leaders in seeking to confront practical problems in a more fully human way—in other words, to help them explicate and work through the implications of the meanings that they’re living, or resisting living. Which is why in so many cases, the business problems with which I’m called upon to assist people are essentially ethical issues: struggles over core values related to responsibility, loyalty, judgment or forgiveness, the struggle to cope with the profit-driven imperatives of a business in a humane way. In other words: a sample of the fundamental problems of living in the social world. I don’t paint a rosy picture of the business world—it’s no better or worse than academia: it’s another human context, as full of ambivalences, aspirations, subjugations, hopes, successes and abject failures as any other collective human activity.

I have some colleagues who see these two worlds as not merely different but fundamentally incompatible. On the other hand, some colleagues immediately understand how one kind of work can enrich and inform the other. I don’t argue everyone ought to try to bridge multiple disciplines. But neither is mine a situation of “serving two masters” (Matthew 6:24); that’s entirely the wrong metaphor. It’s more analogous to being a pianist who plays both classical and jazz: one seeks to be a polymath.

By temperament, I have a horror of becoming locked into merely one way of seeing things. Adopting one fixed way of seeing, however engaging it may be, strikes me as dogmatic. Phenomenology, for me, is first and foremost a path of inquiry that yields insights bearing on living and practicing in the social world. It’s a way of seeing and exploring, with others, that is thoroughly dialogical because its aim is the shared world, not solitary insight. In my case, the dialogue is with others, and it’s also between various lived-worlds: academia, the corporate world, and the world of cultural/religious psychology. All of these are in play somewhat anarchically in my life, but for me that play is enlivening and renewing.

4 Comments to “Phenomenology as dialogue: A researcher’s reflection”