I recently posted a short discussion of what “the natural attitude” means in Husserl’s phenomenology. As I mentioned, the natural attitude is the perspective of everyday life. For Husserl the process he calls the phenomenological reduction is the means by which the phenomenologist frees himself from the reifications of the natural attitude, gaining a standpoint from which to view and explicate both real (Ger: real) and irreal (Ger: reel) objects, having bracketed their facticity, as presences. The word “reduction” is used philosophically; it doesn’t mean diminishing something, but instead relies upon one of the meanings of reduction’s Latin root: to restore or return something to a more primordial mode.

Husserl uses the term reduction to signify a specific shift in attitude that can be employed by the researcher in a variety of contexts. Hence Husserl referred to phenomenological, philosophical, psychological, eidetic, transcendental, ethical, and intersubjective reductions (Kockelmans, 1967). Not only is my perception of external objects transformed when I adopt the attitude of the reduction, but likewise my perception of the most intimate of objects: my personal ego. Phenomenology’s reductions reveal not only the phenomenal nature of objects but also, Husserl claimed, transcendental subjectivity and intersubjectivity.

The researcher “reduces” everyday, empirical reality through use of the phenomenological epoché or “bracketing.” The meaning of ἐποχή is “to hold back” or “to withhold;” in affecting the epoché I withhold my assent to the ontological status of the perceived: I “bracket” its facticity. Spiegelberg (1965) wrote that the reduction is the conscious act in which the:

“General thesis of belief in factual existence characteristic of the natural attitude is inhibited, suspended, bracketed…or turned off, and which uncovers in transcendental subjectivity the acts which constitute pure phenomena.”(p. 724)

Husserl (1982, p. 44) explained the reduction’s rigor in his discussion of the “Principle of all Principles” in the first volume of Ideas: “everything originarily…offered to us in ‘intuition’ is to be accepted simply as what it is presented as being, but also only within the limits in which it is presented there.” Employing the phenomenological reduction I take no position with respect to the ultimate (existential) reality of what I see; instead, I simply witness it just as it presents itself to me, and describe it as such. This instance of the reduction is properly termed the phenomenological reduction because facts are “reduced” to the way they stand out to me as presences. Phenomenology uses the reduction to entirely set aside existential questions and shift from existential affirmation or negation to description. It is a method involving a bracketing or parenthesizing (Einklammerung) of something that had formerly been taken for granted in the natural attitude.

“All persons, including the psychologist himself, inasmuch as they perceive themselves as human beings, hence as mundane existents, are transformed into phenomena, and by the same token disclosed as subjects of intentional conscious life.” (p. 443)

This particular reduction reduction (as has been noted, there are many kinds of reductions for Husserl) leads the researcherto recognize his or her embeddedness in intersubjectivity. Husserl claimed that when one examines the phenomenal ground of what it means to be an “I,” one discovers that it is impossible to have a sense of “I-ness” without an 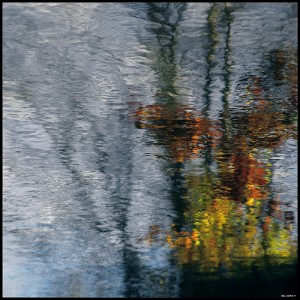 accompanying sense and expectation of “you-ness”—indeed, at the core of the sense of “I” there is the experience of a plurality of “you’s”—what Husserl termed “co-subjectivity” (Mitsubjectivität).

Moreover, I immediately recognize others as similar to myself, i.e. they are not just objects, they are subjects like myself, and the world I live in is a world of commonly (intersubjectively) recognizable people, places, and things. Gurwitsch (1966) summarized Husserl’s view of intersubjectivity by stating that:

“Performing the [psychological] reduction upon himself, the psychologist, in analyzing his own conscious life, becomes aware of its relationship to and connectedness with, the conscious life of other persons…in his very experience of himself as human being are implied references to other human beings, to an open horizon of humanity…and co-subjectivity (Mitsubjectivität). Experience of oneself proves to be inseparable from that of others.” (p. 443)

This collectivity is an open horizon of transcendental subjects, that is, subjects whose conscious acts (noesis) transcend the factual objects of experience. Since, Husserl argued, the co-subjectivity of transcendental others is an indispensable constituent of the life world, he concludes that the life world is a field of transcendental intersubjectivity. These insights are close to the foundation of the phenonomenological study of empathy by Scheler, Husserl, and Stein, a topic Zahavi (2010) has recently explored.

“The community of ego-poles to which my own ego-pole also belongs, though it enjoys a privileged position, since it remains forever the ego-pole with respect to which every other ego-pole appears as an alter ego-pole.” (p. 435)

One Comment to “Key ideas: Applebaum on the phenomenological reduction”